Today is Mother’s Day and we have tales, legends and true stories to delight your day. Mothers, Sons, Princesses, Perfumers, a side trip to Kafka’s salon, and even an Empress make appearances today on The Fragrant Man. In the statue above the Mother’s hand is in a position called a mudra in Hindu and Buddhist art. Lets see where this mudra leads us…

Mum’s most loved perfumes are Red Roses by Jo Malone and Chanel No. 5. She tries many perfumes via The Fragrant Man but these two remain her preferred choices by a long way. 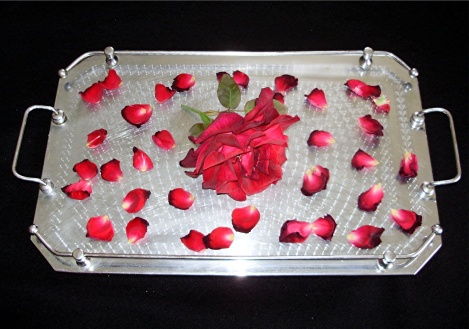 This year I wanted to find her a new rose that would become beloved. Via a Neela Vermeire Discovery set I came across Mohur and knew immediately that this was Full-Bottle-Gift-Worthy. More high-end niche houses should offer smaller bottles so one can decide whether to commit to the high-end niche price.

My parents live an hour’s drive from the city. Do you find that your Mum is always busy? Not too busy for you but always busy with doing things. Before arriving home I had plotted with my Dad so Mum would be sitting waiting for me to read her a story. A story about a princess called A Princess’ Wistful Rose. We sat at the dining room table and as I started to read I anointed her inner and outer wrists as well as her inner elbows with Mohur which she had just unwrapped. (“You shouldn’t have Son” – “Mum, I wanted to”) The story was illustrated so Mum could also follow the visuals, in the modern way, on her Ipad while I read the story from another device.

The room was filled with a scent that I can only describe as gracious and loving once the initial dentist-chair oud was calmed down by the clarity of elemi which cleared the air for the rise of the roses; Turkish Rose oil and Moroccan Rose Absolute. A composition of harmony and delight with a multitude of ingredients that while smelling expensive also smells like a shower of slow-falling rose petals and feels like… yes, a kiss from a rose on Mother’s Day.

Near the end of the story I asked Mum to look at the last picture then close her eyes so she could smell while listening to the accompanying music. You can share some of this experience at Kafka’s while contemplating whether to embark on your own discovery of Neela Vermeire Creations. 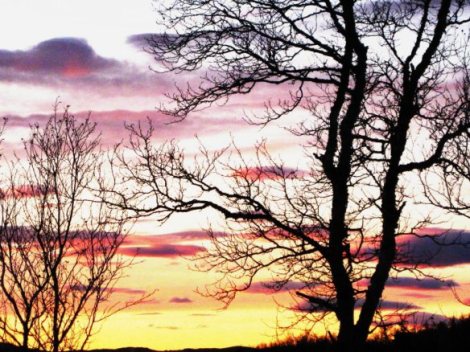 Click on the photo for a side trip to read Kafka’s Princess story;
a story inspired by Mohur called A Princess’ Wistful Rose.
Photo: Kafka.

Mohur has several meanings, one of which is ‘valuable’, making this a perfect Mother’s Day gift and for other occasions where scent and sentiment come together. The original Sanskrit is mudra, the hand movements or positions that you see in Indian dance and statuary. It came to mean ring and then seal as rings were used to seal important documents. Later in history this word became mohur and it is the name of a gold coin in India.

Warning: This scent is suitable for young women and male rose-lovers as well as Mothers. The spicy edge of cardamom and the sensuality of jasmine mean that this rose has strength in its relative quietness. I say relative because next week I am reviewing the sassy classy Bombay Bling which is such a riot of scent it is almost colorful.

News Flash: Following the success of Mohur there is to be another perfume called Mohur Esprit de Parfum which will launch in the French autumn; beyond EDP, this is a stronger pure perfume concentration that I also hope to delight my Mum with.

There is also another tale, not of a Princess but of an Empress.

Known as Mehrunissa, the most powerful Empress of the Mughal dynasty, Noor Jahan was the favorite wife of Emperor Jehangir. She was the true power behind the throne while her husband lived, so much so that after his death her male relatives had her sequestered (in comfort!) for the rest of her life. In her confinement, she devoted herself to the art of perfumery as it had been passed down from her mother. 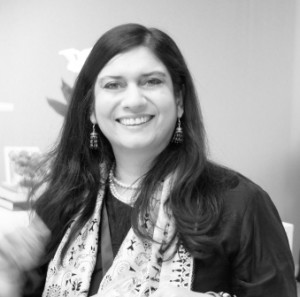 This legend was part of the inspiration for Mohur.

Mysore Sandalwood is rare. Oud from Laos even rarer, in fact I thought that there was none left. The pairing of rose and oud means that as the oud swirls around the rose notes these notes then variegate and delight. This is indeed a discovery which is what you would hope from a discovery set.

Neela either has vats of rare ingredients in a vault or Bertrand has the world’s remaining supply of Laotian Oud and aged Mysore Sandalwood.
The price of Mohur at $US250 for 55ml is a true reflection of the ingredients and Bertrand’s artistry.
Start with the discovery set at $US117 for Mohur, Trayee and Bombay Bling (10ml of each)
or the even less expensive trial vials $US27 (2ml of each) and enjoy this journey into scent. 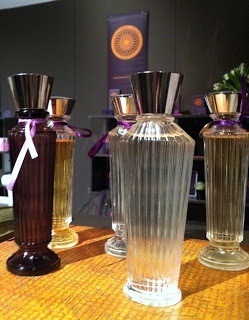 On the left, in the bottle of awesome hue is the yet to be released Mohur Esprit de Parfum.

Perfumes inspired by the history, culture, nature and modern life of India.
Discover Your India…