One of the benefits of writing for the Fragrant Man was opening myself up to the possibilities of the blogosphere or as Jordan prefers to call it; The Fragrant Stratosphere. I can say that with only two posts under my belt, but even from my first post it became obvious that people here can rediscover a way of being close to each other that seemed almost lost in the era of immediate correspondence via email or Facebook.

With traditional correspondence, every letter was mind-gymnastics where one had to express their ideas as fully as possible, then seal them away, send them and wait until the receiving person could receive them, read them and decide to respond, then again several days could pass until the reply was at hand. In the meantime the mind would still be working, guessing, agonising, imagining – fantasizing even – about the other person’s response, about the words that didn’t get down on paper or the ones that shouldn’t have, and every thread the mind would follow would lead the heart through a spectrum of emotions and all these before a single word would come back. I think we can agree that this wealth of emotional life has been sacrificed to the ability to get immediate responses.

I do remember the excitement of having a pen-pal. In fact I had a few and I remember the energy I put into my letters to them. I wrote every letter at least twice, the last had to be with exceptionally good handwriting. My most special pen-pal was Ayumi from Japan and every time I received a letter from her, a festival of colours and emotions would take place in my head. I remember the colourful papers she was using, different every time, the postcards with traditional Japanese themes (that I still keep on a shelf), the dozens of stickers that went on every letter as well as miniature pictures of her and her friends taken in photobooths. I remember the tiny origami. I also admired the stamps and although I collected, I never took a single one off from the artworks those envelopes were. In her larger format photos, I would hunt for clues that would help me assume more about her lifestyle than her broken English would allow. Her house, her room, her school in the background, her friends, her family.

Now, my small intro is getting out of hand so… fast forward. Through the posts on Fragrant Man I got in contact with so many people. Many read my thoughts and I will never know of theirs (but I can see the stats so I know they exist). Did they like my writings? Did they get bored? Some of you pressed “like” for which I am thankful because it put my mind at ease and some even took the time to leave comments of which I am most appreciative as they give me the opportunity to further develop my thoughts. Through this experience I came to know Brie, a regular on The Fragrant Man – it has been the most positive experience so far (yes Jordan, you too). She is the most spontaneous person – funny, kind, encouraging and generous. We both practice yoga and share a love for natural perfumery. I might have made her acquaintance only recently but I am already having that cosy pen-pal related feeling. Besides, my correspondence with Ayumi which lasted for several years never produced anything like this! (See photo) 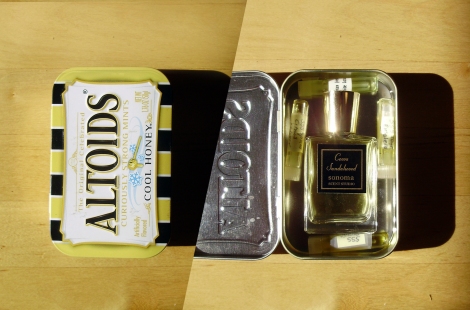 I am sure it doesn’t take a fumehead to understand that sandalwood is valuable stuff but repetition is the mother of knowledge after all, so… It is one of the most precious aromatic essences in the world and perhaps the most important contribution of India to perfumery. Indian sandalwood from Mysore is the most prized variety but has been harvested to the point of extinction. Now natural sandalwood comes mainly from the Australocaledonicum variety and this is what perfumer Laurie Erickson, founder of Sonoma Scent Studio, has used to create the small all-natural wonder that I now have in my possession, Cocoa Sandalwood (in one breath). It is my firm belief that it is very unlikely for sandalwood to be absent from any exceptional perfume of natural composition. Every perfume family can benefit from it, the obvious ones being Oriental, Woody and Amber (that can be based on its tenacious sweetness), but also Chypre, Fougere, Aromatic, Citrus and Floral (where it acts as a smoothing and unifying agent). But you knew all that.

Natural Sandalwood has a certain gravity which promotes silence. It has sacred and ritualistic connotations that some find hard to digest. One can imagine it in the form of an oil, being used in huge quantities to anoint the image of a Hindu deity, carved in coarse stone, glistening in the depth of a sanctum under the glow of torches. The halls or the temple tremble in the frequency of a resounding “OM” and brass cymbals punctuate the darkness with a high pitched sound. Eyes turn inwards in search of Nirvana. But this is not the case here…

In Cocoa Sandalwood, the sacred ingredient has been rendered human, or rather, that aspect of it, the humble and comforting has been highlighted. Its gravity morphs into a human presence, supportive and caring. The silence, is your inability to speak when a loved hand is placed on your shoulder, perhaps when you least expect it. “OM” becomes an involuntary sigh of spontaneous pleasure… exhale. While you close your eyes, your surroundings awaken. A hint of coffee from the cup you have in front of you suddenly smells sweeter. Something vaguely floral reaches you from the living room. Your fingers smell of cedar from clutching the pencil for too long… smile. Sweet is the moment. You live in an ordinary corner of the world but during moments like this, a hidden place can be found even for that aforementioned temple to exist in the city of concrete. You are renewed and so is the world… a giggle is making its way up from your belly.

Cocoa Sandalwood belongs to the most unlikely to contain the precious oil family of gourmands, a family against which I retain a certain snobbism -but here I am, loving this. The interplay between the foody coffee-cocoa-vanilla aspect of it and the woody cedar-sandalwood brings to mind first Bois Farine by none other than Jean Claude Ellena for l’Artisan Parfumeur and secondly Santal Majuscule from Serge Lutens. Especially with Bois Farine there is the common element of a praline note which works surprisingly well in the woody context for me – given the fact that I am not terribly fond of the real thing. The nutty sweetness is further tempered with the addition of ambrette, a base note with clarity and sharpness characteristic of top notes.

As much as I love Cocoa Sandalwood, it is not a purchase I would recommend just to anyone. To appreciate it, one must be appreciative of natural perfumes. Although I find its longevity terrific (six to eight hours with a dab on the wrist) its projection is very subtle after the first five minutes or so. This is to be expected since the composition is quite base heavy and the high concentration and dabbing application are additional reasons for such a performance. A skin scent then but even so, not one that will make you wish your nose was permaglued to your wrist. When I wear it, just when I’ve forgotten about it, all it takes is a move of the hand or a gust of wind (naturals have a strong affinity for the outdoors) and I get a friendly tap on the shoulder from sandalwood, reminding me to relax and unwind a little. I become aware of strands of fragrance that start from the wrist and reach outwards. What I love about good natural perfumes is exactly this ability to weave themselves into my life-fabric. They reward me with a fragrant being rather than a scented body (of course sometimes I just want the latter). 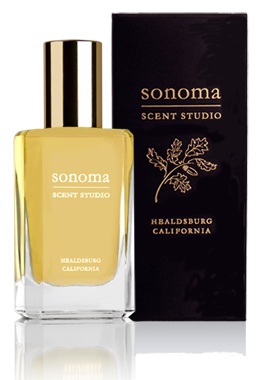 It is part of the all natural line that also contains Spiced Citrus Vetiver and can be purchased directly from Sonoma Scent Studio’s website which unfortunately ships only in the US. The rest of you ought to get yourselves a friend like Brie. 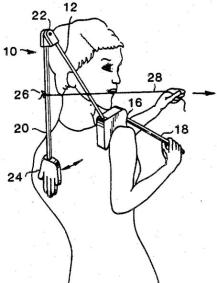 Until next time, I will let you stew in your own juice while I spend some quality time with my new fragrant friend courtesy of… what? Ok, fine…

I guess we’ll have to share, Brie wouldn’t have it any other way so leave a comment and one lucky commenter will receive an itsy bitsy sample from my personal stash so they may also feel the gentleness of the human touch when they least expect it. In return for my selfless act all I’m asking is for the rain to cease.

The Gift Recipient will be announced June month end.

(Editor’s note. Amer’s first post was in Greek and reached an astounding 57,088 people)

17 responses to “The Human Touch”