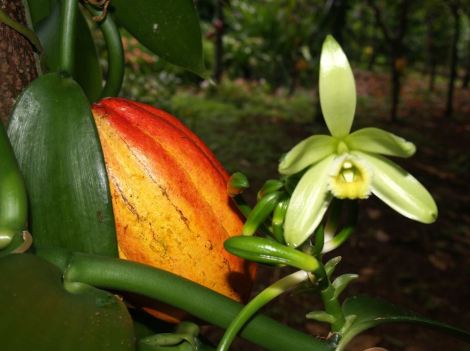 When Jordan asked me to write a guest post for The Fragrant Man, I thought it would be a nice idea to focus – in a way or another – on my country, Argentina.

Niche perfumery is relatively new here, although some of us, diehard perfumistas, have been enjoying it for many years. Niche brands do not abound, although it is posible to purchase Hermessence, Les Exclusifs de Chanel, Creed, Annick Goutal and Juliette Has a Gun with relative ease.

About two years ago Fueguia 1833 appeared on the local scene. The brand, founded by Amalia Amoedo and Julián Bedel, breathed fresh air into a market crammed with the same ol’ same ol’. Fueguia works around a local motif and their fragrances are named after the works of Jorge Luis Borges, Patagonian flora and fauna and our Geography and History while tastefully managing to avoid clichés.

One of the loveliest among their dizzying selection is, without a doubt, Xocoatl, a floral gourmand. My first experience with Xocoatl bordered on nightmarish: I became so carried away by its sweet embrace that I sprayed on a bit too much and spent the rest of the afternoon gasping for air and wanting to scrub myself. My mistake. On subsequent occasions I proceeded with caution and the results were far more satisfying.

Xocoatl is the name the ancient Aztecs gave to the drink that would later become known as chocolate; said drink was usually enriched with vanilla, chili and honey and enjoyed hot and frothy. More than 3500 years ago cacao was already part of daily life and rituals in the Mayan civilization (the plant is even mentioned on the Popol Vuh, The Book of the People). When Christopher Columbus arrived in America, he was surprised at how highly Native Americans prized these beans, which were considered almost as a luxury item. 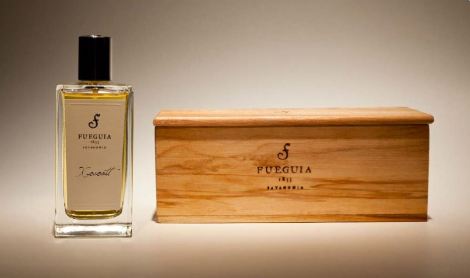 The light-hearted Xocoatl opens with a sweet rum note; a light dusting of finely milled cocoa powder – as thin as a veil – soon mutes the booziness. Vanilla is also part of the equation but the fragrance never evokes pâtisseries. A floral undercurrent pervades the blend which slowly morphs into a musky base. Xocoatl, like most other offerings from Fueguia, is relatively linear in its evolution. Its longevity, like I attested the day I sprayed a bit too generously, is outstanding.

Xocoatl could well be a softer, sweeter counterpart to the rugged Caoba which boasts cacao and patchouli notes (or, more graphically put, patchouli, patchouli and cacao) but it also reminds me somehow of the warm, softly animalic musks of Huemul.